Recent events have highlighted the unfortunate, discriminatory, and, at times, violent or criminal actions taken against members of the Asian American and Pacific Islander (AAPI) communities. These events, including attacks on women and the elderly, constitute a threat to the health and well-being of not only the AAPI community, but also to the principles of diversity, inclusivity, respect, and civility. Data recently released [PDF] by California State University, San Bernardino, indicate a 149% increase in anti-Asian hate crimes reported to law enforcement between 2019 and 2020, including staggering increases in some of the most demographically diverse cities in the country. These events, and the perspectives or attitudes that underlie them, damage the social fabric and mutual bonds that hold us together. Elements of hate and discrimination anywhere act as a barrier to equity and respect everywhere.

In June 2020, NIGMS issued a statement on combating racism in biomedical research, including the many harms that societal and institutional inequality and injustice inflict on communities of color. This statement was followed by the release of two additional statements that, respectively, express the Institute’s support for UNITE, a trans-NIH initiative to end structural racism and inequality, and provide information on NIGMS funding opportunities to address these barriers in the biomedical research enterprise. NIGMS expresses solidarity with, and unequivocal support for, members of the AAPI communities who have been wrongfully and egregiously blamed for the COVID-19 pandemic, subjected to senseless acts of hate and violence, made to endure systemic acts of racism in silence, and forced to feel unsafe and unwelcome in their communities. In addition, we express our ongoing support for the inclusion, active participation, safety, and contributions of Asian Americans and Pacific Islanders in all aspects of scientific and biomedical research, training, and teaching.

There are over 22 million members of the AAPI community in the United States, representing multiple ethnicities and nationalities. It is important to recognize the strength of this diversity and to recall and re-articulate the many significant contributions made by members the AAPI communities to the areas of science, medicine, public health, and education. These contributions have been recognized in many ways, including through Nobel Prizes and the National Medal of Science. The crucial role played by AAPI scientists and health care workers, not just in the U.S. but across the globe, has been made abundantly clear during the SARS-CoV-2 pandemic. For example, the rapid initiation and successful development of COVID-19 vaccines was made possible by the accelerated public disclosure of the 2019 novel coronavirus genome sequence by Chinese scientists.

The recent acts taken against Asian American communities represent the dangerous outcome of harmful stereotypes that view members of certain communities as lesser, foreign, or not belonging. Asian Americans and Pacific Islanders are invaluable members of the American community, including but not restricted to, scientists, doctors, nurses, teachers, counselors, social workers, and yes, mothers, fathers, brothers, sisters, sons, daughters, husbands, wives, colleagues, and friends. It takes courage to stand against the forces of inequity, mistreatment, exclusion, and hate, and in solidarity with all who have experienced these unfortunate acts. We at NIGMS do so, resolved that breaking these barriers represents a critical step toward creating and sustaining a more inclusive and equitable research enterprise, culture, and society. 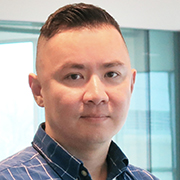 As director of the NIGMS Division of Data Integration, Modeling, and Analytics, Richard advises on the institute’s strategic planning activities, analyzes and evaluates its research and training programs and serves as its legislative liaison. 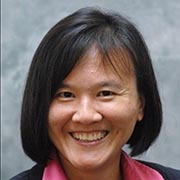 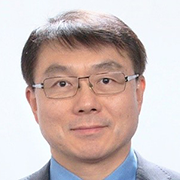