The following data are related to an NIGMS Feedback Loop post from June 18, 2015, on Further Analysis of Renewal Rates for New and Established NIGMS Investigator Projects. 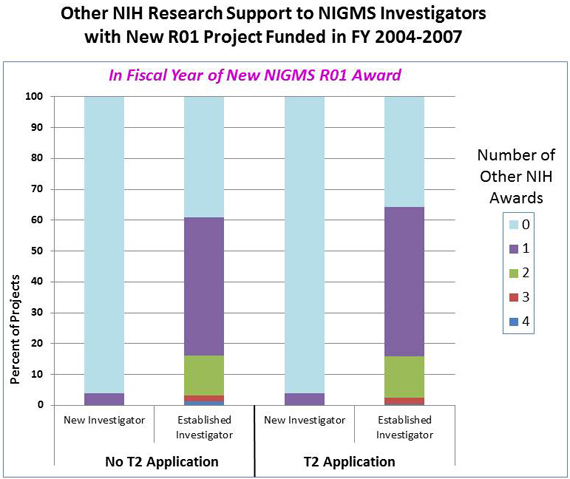 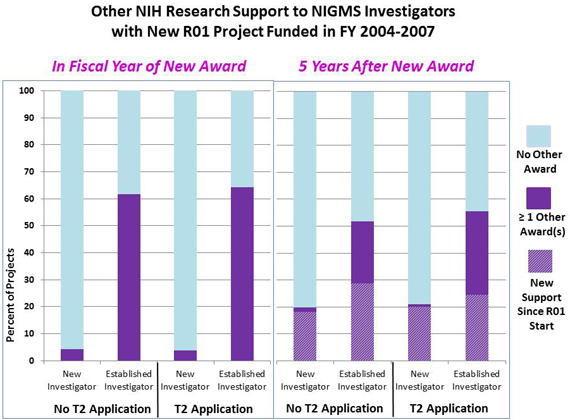 Some investigators may not attempt to renew their R01 project due to retirement. A look at the established investigators within the "No T2 Application" cohort yielded a rate of 5.5% that did not submit any NIH research grant application for at least 5 years beginning 3 years after the new R01 award, which could indicate that they permanently left the applicant pool.