The following data are related to an NIGMS Feedback Loop post from February 26, 2015, on Improved Success Rate and Other Funding Trends in Fiscal Year 2014. 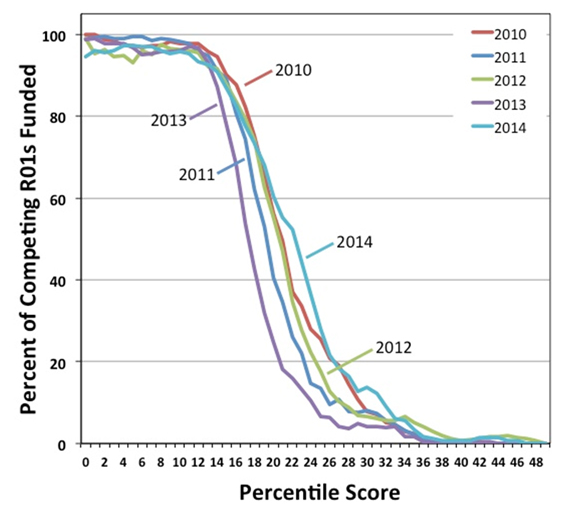