We’re pleased that two long-time NIGMS grantees have been recognized with the 2015 Nobel Prize in chemistry for their studies of the repair processes that correct damage affecting base pairing or causing a distortion in the helical structure of DNA. This comes on the heels of the 2015 Albert Lasker Basic Medical Research Award, which was also given for discoveries concerning the DNA-damage response.

Paul Modrich and Aziz Sancar, who will share the Nobel Prize with Tomas Lindahl, have received continuous support from us since 1975 and 1982, respectively. By asking questions about basic cellular processes, these scientists have provided a detailed understanding of some of the molecular repair mechanisms involved in health and disease.

Like any groundbreaking research, their studies have raised numerous other important questions. Some of these include: How do cells sense damaged DNA? How are the proteins that repair damaged regions cleared from the DNA after repairs are complete? How can we specifically undermine the DNA repair systems in cancerous cells so that those cells die?

For more details about the Nobel Prize-winning work, see our statement and links to additional material. 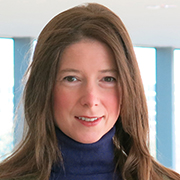 Before transferring to the National Cancer Institute in August 2019, Kris oversaw grants in the areas of mutagenesis and the repair of DNA damage. She was also involved in several NIGMS initiatives to promote rigor and reproducibility in biomedical research.