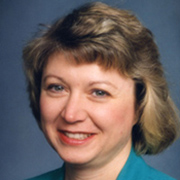 When a new appropriation is passed, we are often asked how soon awards will be made and other implications of the funding level. So we thought we’d offer a description of the 3-year budget process, including an explanation of what we need to do to make awards once we have an appropriation.

View larger image
The Federal budget process has three main stages: formulation, presentation (to Congress) and execution. From the beginning of the budget formulation stage to the end of the execution stage, the process takes almost 3 years.

Stage 1a: Budget Formulation at the NIH Level (usually June through October of year 1)

NIH develops an agency-wide budget request and submits it to the Department of Health and Human Services (HHS). HHS reviews the request and provides an allowance of funds with policy guidelines.
Negotiations follow between NIH and HHS, resulting in a final budget allowance that HHS submits to the Office of Management and Budget (OMB). OMB reviews the HHS request along with all other department budgets and issues another budget allowance with policy guidelines.

After more negotiations, OMB issues a final allowance. NIH reworks its budget to fit this allowance and its guidelines, then makes allocations to each institute and center.

Stage 1b: Budget Formulation at the Institute/Center Level (usually November through January of year 2)

Each institute or center allocates its budget on a mechanism-by-mechanism basis (i.e., separate budget allocations for research grants, center grants, training grants, etc.) following the guidance provided by OMB and NIH. For an example, see this budget mechanism table.

Stage 2: Budget Presentation to Congress (January through September of year 2)

The President issues his budget request for the upcoming fiscal year, usually in early February.

Each institute or center then issues a Congressional justification (CJ) document defending its portion of the President’s budget request to Congress. The CJ displays budgets for the prior year, current year and upcoming year, along with other tables and program descriptions.

Next, usually in the spring, the NIH Director and selected institute or center directors attend Congressional hearings with the House and Senate subcommittees in charge of NIH appropriations. The NIH Director presents an opening statement and the committee members ask questions in person and later in writing. All directors submit written opening statements and may have to answer questions even if they don’t testify at a hearing.

The House and Senate subcommittees develop a budget allowance for each institute or center, including “report language” identifying any specific guidance and significant items they wish to address. This is followed by a conference to work out the differences and finally by an appropriation to each institute or center that the President signs into law.

If a budget is not approved by the start of the fiscal year (October 1), Congress will usually pass a continuing resolution to provide temporary funding. Under a standard continuing resolution, current operations may continue at a specified funding level, including the funding of some grants, but new programs cannot be started.

Stage 3: Budget Execution of the Current-Year Appropriation (October 1 through September 30 of year 3)

Once an appropriation is signed, several additional steps must take place before we can begin funding grants. For example, we need to submit documents to OMB so it can make funds available to us on a quarterly basis. Also, we need to implement the policy guidance and modify our grants management systems accordingly.

We then allocate the funds by mechanism, applying current policies and determining the cost of commitments within those mechanisms. We allocate the bulk of the remaining competing funds to investigator-initiated research project grants (RPGs), with a small portion going to special initiatives. RPG funds are disbursed to the NIGMS divisions three times per year, following each advisory council meeting. The divisions’ budgets are based on the specific applications assigned to them and their scores. Divisions make funding decisions that take into consideration the applications’ scientific merit, new investigator support, area of research and other parameters.