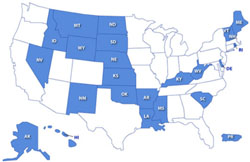 As Judith Greenberg reported earlier this year, NIH has moved the Institutional Development Award (IDeA) program to NIGMS from the now-dissolved National Center for Research Resources. For those who may not be familiar with this program, here’s an overview.

Established by Congressional mandate in 1993, the IDeA program’s goal is to broaden the geographic distribution of NIH funding. It supports faculty development and institutional research infrastructure enhancement in states that have historically received low levels of support from NIH. In addition to enhancing the competitiveness of investigators and the research capacities of institutions in these 23 states plus Puerto Rico, the program serves their unique populations, such as rural and medically underserved communities.

An example of how the IDeA program has built competitive research capacity is the Rhode Island INBRE. Over the past 10 years of support, Rhode Island IDeA investigators have received 21 R- and K-series awards from NIH and 28 awards from NSF and other funding agencies.

Similarly, investigators at the Center for Evolutionary and Theoretical Immunology

, a COBRE based at the University of New Mexico that has been supported for 8 years, submitted 20 grant applications to federal and non-federal agencies in the past year, 10 of which were funded. 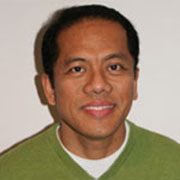