Here are answers to some questions that applicants and grantees often ask after the September Advisory Council meeting and during the beginning of the new fiscal year, which started on October 1. We hope that telling you what to expect will help you plan accordingly.

September Council’s over. My application did well in review. When is my grant going to get funded?

NIGMS funds a very limited number of R01s in September after the Council meets. Most pending applications are funded after January 1, depending on when NIH gets its budget appropriation from Congress. However, if your renewal application did exceptionally well in review and your current award expires on November 30, we may be able to start the renewal on, or close to, December 1.

Would my grant application be funded more quickly if it went to a different Council round?

Why can’t I activate my NRSA fellowship in October or early November?

Many NIH institutes and centers, including NIGMS, do not activate fellowships during the first 6 weeks of a new fiscal year so that future-year anniversary dates align with the NIH funding guidelines (i.e., continuation awards typically do not start before December 1).

I’m moving from one institution to another on October 1. Can my grant or fellowship be transferred when I move? I want it to start on the day that I arrive or, if that’s not possible, later in October.

For the same reason as above, a change of grantee institution action cannot be processed from October 1 through mid-November. However, if we receive your change of institution request at least 8 weeks before the desired start date, we may be able to make the transfer date retroactive. Contact your grants management specialist for details.

I’ve applied for a diversity supplement for an individual who’s arriving on October 25. Will the supplement be available on the day that she arrives?

My grant’s anniversary date is December 1. Why are the awards late most years?

Two factors may contribute. One is that program and grants management staff must wait, often until mid-November, to start the process for issuing grant awards until funding guidance and financial systems are in place. Another factor is that NIH may be operating on a short-term continuing resolution (CR) at a reduced budget level in lieu of a full-year appropriation, which may affect the award process.

Why was my continuation budget reduced? Is the likelihood of a budget cut higher if my grant’s anniversary date is in the winter? Will the cut funds ever be restored?

If NIH is operating on a CR, it may have implemented temporary across-the-board budget cuts on noncompeting continuation awards (years 2, 3, etc. of a grant). This is because we must fund conservatively in case of a further CR or an appropriation that is at a lower level. The likelihood of a temporary budget cut is highest in December and January, since the probability that NIH will be on a CR is highest at the beginning of a fiscal year. It’s possible that some or all of the budget reductions will be restored after NIH gets an appropriation. However, it may take several weeks or longer after an appropriation bill is passed and signed for your award to be adjusted. 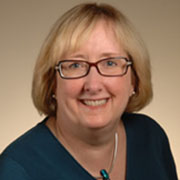 Before her retirement in December 2012, Laurie was our expert on the genetics and genomics of behavior and circadian clocks in a wide variety of model organisms. She also managed grants on transcription mechanisms. 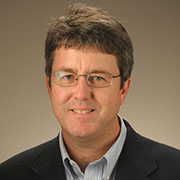