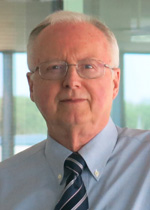 Mike Rogers, who has directed the NIGMS Division of Pharmacology, Physiology, and Biological Chemistry for the past 22 years, retired today. Throughout his NIH career, Mike has been a champion for chemistry and its important role in biomedical research.

Before joining NIGMS 26 years ago, Mike worked for more than a decade in what is now the Center for Scientific Review, where he oversaw the Bioorganic and Natural Products study section.

Between these two positions, Mike completed a detail assignment on Capitol Hill working for Senator Ted Kennedy’s Health, Education, Labor and Pensions Committee, an experience that he says allowed him to see NIH from a different perspective.

Throughout his time at NIGMS, Mike has sought to build scientific bridges. He created the chemistry-biology interface predoctoral training program, which aims to cross-train students in both disciplines. He was instrumental in developing the large-scale collaborative project awards program that “glued” together scientists with diverse expertise to tackle big, unanswered questions in biology. More recently, he forged a link between two fields to help form the new field of quantitative and systems pharmacology. Along the way, he mentored and encouraged others to develop major NIGMS and trans-NIH initiatives, such as those in glycoscience, pharmacogenomics and synthetic organic chemistry.

Mike has always been strongly committed to a diverse and well-trained workforce. He played a key role in organizing a Chemical Sciences Roundtable workshop on Women in the Chemical Workforce and in the current effort to develop training modules to enhance data reproducibility.

One of the activities Mike says he enjoyed most was representing NIGMS on the Chemical Sciences Roundtable, a group established by the National Academy of Sciences. Composed of scientists from academia, industry and government, the roundtable explores current issues and holds workshops to advance the fields of chemistry and chemical engineering. “It has been an extraordinary opportunity to share NIH’s interests in chemistry with the other members, and to see how we here at NIH fit into the larger picture of chemistry in the U.S.,” he says.

We appreciate Mike’s many contributions to science and the scientific community. He has always been a great colleague to us at NIGMS, the NIH and beyond, and we wish him all the best as he begins this next stage in his life. 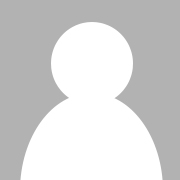 Before her retirement in December 2019, Pamela handled grant portfolios in glycobiology and molecular immunology, served as a project team leader for the NIH Common Fund Glycoscience Program, and was a steering committee member for the NIH Alliance of Glycobiologists for Cancer Research. She chaired the NIH Intramural Glycobiology Scientific Interest Group Steering Committee and the glycobiology interagency working group. 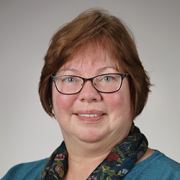 Rochelle directs the NIGMS division that funds a broad range of research from basic studies in synthetic chemistry, enzymology, biotechnology, chemical biology, and glycosciences to clinical areas that include pharmacology, anesthesia, sepsis, traumatic injury, and wound healing. She is a pharmacologist who has played leading roles in fostering research in pharmacogenomics through national and international collaborations.