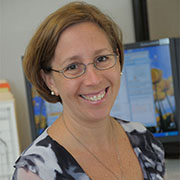 I’m pleased to share that the Academic Research Enhancement Award for Undergraduate-Focused Institutions (R15) funding opportunity announcements (FOAs) have been reissued (PAR-21-155 and PAR-21-154). The FOAs continue NIH efforts to support small-scale research grants at institutions that do not receive substantial funding from NIH. The grants emphasize providing biomedical research experiences for undergraduate students and enhancing the research environment at grantee institutions. Eligible institutions must award baccalaureate degrees in biomedical sciences, have a greater undergraduate student enrollment than graduate student enrollment, and must not have received more than $6 million per year of NIH support (total costs) in 4 of the last 7 fiscal years. Health professional schools are not eligible for this FOA and are not included in the $6 million eligibility calculation. There is another series of FOAs focused on health professional schools and graduate schools (PAR-19-134 and PAR-19-135).

END_OF_DOCUMENT_TOKEN_TO_BE_REPLACED

We’re offering administrative supplements to provide summer research experiences for undergraduate students. These supplements are open to all NIGMS-funded investigators with active R01, R35, and R37 awards, including those in their final year of funding or in a no-cost extension. We’ll accept requests under PA-18-591, Administrative Supplements to Existing NIH Grants and Cooperative Agreements (Parent Admin Supp Clinical Trial Optional).

END_OF_DOCUMENT_TOKEN_TO_BE_REPLACED

NIGMS is realigning its support of the Academic Research Enhancement Award (AREA) program to focus on providing research experiences to undergraduate students in scientific areas within its mission. Accordingly, we’ve published a new undergraduate research-focused AREA funding opportunity announcement (FOA) and are discontinuing our participation in the NIH Parent AREA FOA. The undergraduate research-focused AREA FOA will allow us to continue to: 1) support small-scale meritorious research projects at institutions that do not receive substantial NIH funding (less than $6 million in total costs in 4 of the last 7 years), 2) enhance the research environment at eligible institutions, and 3) expose students to scientific research so that they consider careers in biomedical sciences. Unlike the Parent FOA, the new announcement allows NIGMS to place its emphasis specifically on undergraduate research.

This new AREA FOA limits eligibility to undergraduate student-focused institutions or academic components within an institution (e.g., School of Arts and Sciences) in which the undergraduate student enrollment is greater than the graduate student enrollment, and it excludes all types of health professional schools. Additionally, the research team must be composed primarily of undergraduate students. This FOA aligns the application instructions and review criteria with the goals of the AREA program. We expect that these clarifications will lead to applications that better fit the goals of the program and provide reviewers the tools they need to evaluate the program as designed.
END_OF_DOCUMENT_TOKEN_TO_BE_REPLACED

We congratulate long-time NIGMS grantee Peter Walter of the University of California, San Francisco, on being recognized with the 2014 Albert Lasker Basic Medical Research Award

for his elegant and insightful work on the signal that activates the unfolded protein response (UPR). He shares the honor with Kazutoshi Mori of Kyoto University in Japan.

For more than 30 years, we have funded the Walter lab to investigate how yeast cells control the quality of their proteins and organelles to maintain homeostasis. In the 1990s, at the time Walter was conducting the research that led to this award, we supported his studies of protein translocation and the signal recognition particle, which links the nascent protein chain to the endoplasmic reticulum, where folding then occurs. This work led, in part, to his research on the downstream events associated with protein misfolding and his identification of the key signal that activates the UPR.

The UPR mechanism adjusts as needed to maintain normal cellular function and prevent disease. Sustained overactivation of the UPR has been implicated in cancer, diabetes, autoimmune conditions, liver disorders and neurodegenerative diseases. Additional studies have shown that the UPR is highly conserved and present in every cell.

The Lasker Award to Walter, who’s also an HHMI investigator, is a strong endorsement of question-driven basic research and its role in revealing unpredicted, medically important pathways. 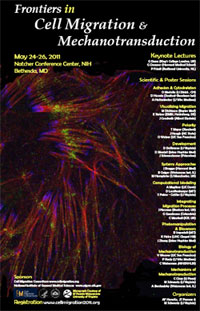 Last week, NIGMS hosted the Frontiers in Cell Migration and Mechanotransduction meeting. It brought together an impressive group of scientists working at many levels, from molecules to cells, tissues and organs.

The overall sense from the meeting is that a wide variety of tools, approaches and even fields have converged on this topic of how and why cells move and that this convergence has become a source of collaboration between communities that historically have not interacted.

The talks, as well as the poster session, pointed to additional conclusions: Cell migration is a collective behavior, and feedback mechanisms control many cell migration events.

This was the third and final meeting organized by the NIGMS-funded Cell Migration Consortium (CMC), whose project will sunset in August 2011. The consortium developed a cell migration gateway that will continue to exist as a resource for updates in the field; you can subscribe at http://cellmigration.org/cmg_update/ealert/signup.shtml (no longer available).