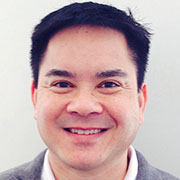 We recently posted our financial management plan for Fiscal Year 2014 (no longer available) and a budget table showing our Fiscal Year 2014 operating plan by mechanism (no longer available). Consistent with our emphasis on bolstering our commitment to investigator-initiated research, we’re making every effort to move financial resources into research project grants (RPGs), which include R00s, R01s, R15s, R21s, R37s, P01s, DP1s, DP2s and U01s.

Looking ahead to Fiscal Year 2015, you can find information about the President’s budget request for NIH and read the NIGMS Fiscal Year 2015 budget justification to learn more about the specifics of the proposed budget for our Institute.