Shortly after NIGMS Director Jon Lorsch announced plans to sunset the Protein Structure Initiative after the completion of the PSI:Biology phase in 2015, he commissioned two committees to determine what unique resources and capabilities developed during the PSI should be preserved and how that should be done. The committees, which are working together, held their first meetings in December and expect to present their recommendations within the year.

The internal committee, which is composed of NIH staff, will focus on how to implement the priorities identified by the external committee. The group includes a member from each NIGMS scientific division as well as several representatives from other NIH institutes who have experience managing structural biology and large, complex research programs.

The work of these committees will help define how we can provide continued access to important structural biology resources and identify new directions for technology development with potential for broad biomedical impact.

, the decision to sunset a large set-aside program that has received substantial investments, such as the PSI, should not be interpreted as a lack of support for team science. Multidisciplinary collaborations are likely to become increasingly important as we delve deeper into complex biological problems, and we will continue to sponsor team approaches to biomedical research. We also remain committed to supporting structural biology research through investigator-initiated grant mechanisms, innovative technology development and access to critical resources. 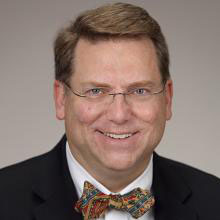 Before transferring to NIH's National Institute of Dental and Craniofacial Research in October 2017, Doug co-lead the Biomedical Technology Research Resources program and served as the program director for the Models of Infectious Disease Agent Study. He also was the project team leader for the NIH Common Fund Technology Centers for Networks and Pathways program.