At the 150th meeting of our Advisory Council last week, I presented several budget slides that I’d like to share with you. They summarize funding allocations for this fiscal year, which ends on September 30.

Figure 1 shows the $2.429 billion Fiscal Year 2012 NIGMS budget by major component. The biggest portion is for research project grants (RPGs), most of which are R01s. Due to the transfer of programs—predominantly center grants—from the former National Center for Research Resources (NCRR) partway through the fiscal year, the RPG budget as a percentage of the total is less than the estimate I provided earlier, while the centers percentage is greater. About 74%, or just over $1 billion, of the RPG budget goes to fund noncompeting grant commitments and about 25%, or $349 million, is used to fund competing grants. 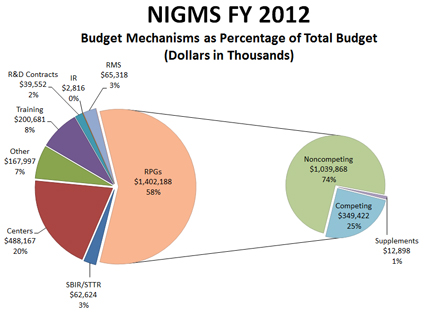 Figure 1. Breakdown of the Fiscal Year 2012 NIGMS budget into its major components. About 58% of the budget supports research project grants (RPGs), and of that, 74% is used to pay noncompeting grants, 25% to pay competing grants and 1% to pay supplements.

Below is a closer look at the competing RPGs. It shows that 94%, or about $330 million, is used to pay investigator-initiated research and that the remaining 6%, or about $19 million, funds mainly R01 grants submitted in response to requests for applications (RFAs). At last week’s meeting, the Advisory Council approved one new RFA and the reissue of several other RFAs for funding consideration in Fiscal Year 2014. 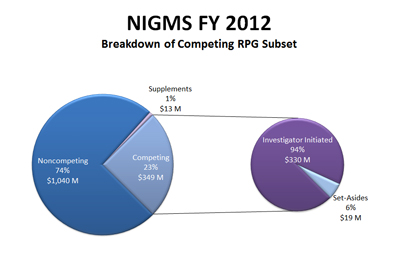 Figure 2. Breakdown of the Fiscal Year 2012 competing RPG budget. About 94% of the budget is used to pay investigator-initiated research and the remainder funds mainly R01 grants submitted in response to requests for applications (RFAs).

Another snapshot (Figure 3) shows a historical view of the RPG budget and number of RPGs compared to the total NIGMS budget. The increase in the total budget in Fiscal Year 2012 is due to the addition of NCRR programs. The decline in the number of RPGs is due to increasing grant costs. 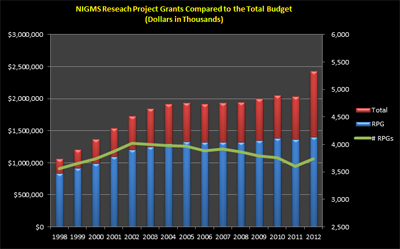 Figure 3. RPG budget and number of grants compared to the total budget for Fiscal Years 1998-2012.

As we estimated earlier in the year, the Fiscal Year 2012 success rate is around 24%.

We will provide information on the Fiscal Year 2013 budget when it’s available.