Data reproducibility is getting a lot of attention in the scientific community, and NIH is among those seeking to address the issue

. At NIGMS, one area we’re focusing on is the needs and opportunities for training in areas relevant to improving data reproducibility in biomedical research. We just issued a request for information to gather input on activities that already exist or are planned as well as on crucial needs that an NIGMS program should address.

I strongly encourage you and your colleagues to submit comments by the February 28 deadline (no longer available). The information will assist us in shaping a program of small grants to support the design and development of exportable training modules tailored for graduate students, postdoctoral students and beginning investigators. 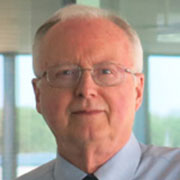