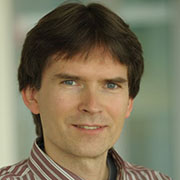 Before moving to the National Cancer Institute in November 2020, Stefan managed research grants in the areas of cell growth, differentiation, homeostasis, and cell death. He also oversaw small business grants in genetics and developmental biology and institutional training grants in systems and integrative biology.