UPDATE: The MARC U-Star report includes an addendum on the demographics of the program’s alumni.

We recently analyzed the educational outcomes of trainees who participated in the NIGMS MARC U-STAR program. The goal of the program is to enhance the pool of students from underrepresented groups earning baccalaureate and Ph.D. degrees in biomedical research fields. MARC U-STAR is part of a larger effort at NIGMS to support the development of a highly skilled, creative and diverse biomedical research workforce [PDF]. This study was designed to identify the educational outcomes of over 9,000 MARC U-STAR alumni appointed at 114 institutions between 1986 and 2013.

MARC U-STAR grants are awarded to undergraduate institutions. Each grant supports a continuous 2-year program for the junior and senior (or final two) years of college that provides the trainees with academic enhancement, research training and professional skills development. In addition to these on-campus enhancements, MARC U-STAR institutions are expected to provide each trainee with a summer research experience at a research-intensive institution. The recently released Funding Opportunity Announcement describes the expectation that a majority of MARC U-STAR alumni nationwide will matriculate in a research doctorate program.

For more details about the analysis, read the report.

Based on the current analysis, the MARC U-STAR program appears to be achieving its intended goals to enhance the pool of underrepresented students earning baccalaureate and Ph.D. degrees in biomedical research fields. 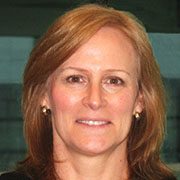 Before leaving NIGMS in July 2017, Alison was deputy director of the Division of Training, Workforce Development, and Diversity. She has 30 years of experience in academia, including conducting research, overseeing graduate education at a medical school, serving on and chairing T32 study sections, and directing NIH-funded diversity programs.