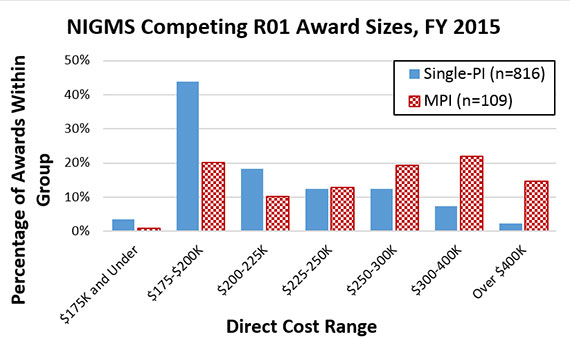 The second major distinction in NIGMS R01s exists between new and competing renewal grants. As referenced in previous Feedback Loop funding trends posts, NIGMS has a strong interest in promoting the entry of new and early stage investigators (NI/ESI) into biomedical research. One aspect of this is ensuring that these investigators have adequate support to conduct their research. While it is true that established investigators (EI) have larger R01 award sizes, most of the difference can be attributed to competing renewal awards to EIs, as shown in Figure 2. Award size also increases as a function of the age of the grant, roughly 4% larger per renewal (data not shown). 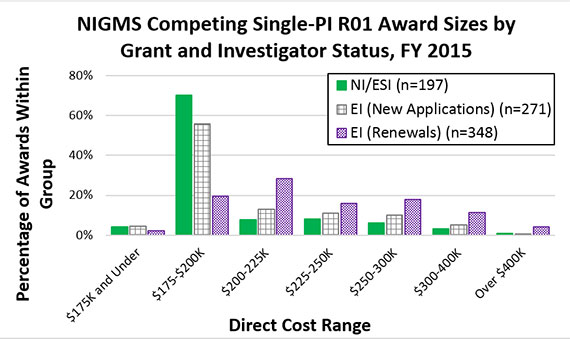 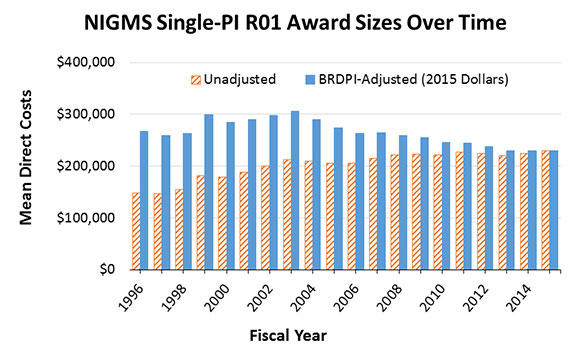 View larger image
Figure 3. History of NIGMS Single-PI R01 Award Sizes With Inflation Adjustments, Fiscal Years 1996-2015. Mean direct costs for NIGMS single-PI R01 awards over time are displayed, both as unadjusted values (diagonal orange lines) and as inflation-adjusted values (solid blue lines). Inflation adjustments were made using the Biomedical Research and Development Price Index (BRDPI) and were calibrated to reflect buying power in Fiscal Year 2015. As shown in the figure, the unadjusted size of an average NIGMS single-PI R01 has increased by 56% over this time period, but the buying power of the award has decreased by 14%. 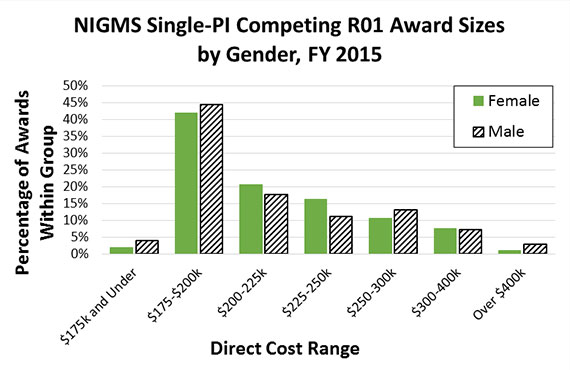 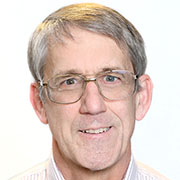