NIGMS is committed to ensuring that taxpayers get the best possible returns on their investments in fundamental biomedical research [PDF, 702KB] . As part of this commitment to stewardship [PDF, 7.89MB], we regularly monitor trends in our funding portfolio.

Figure 1. Number of NIGMS R01/R35 Applicants, Awardees, and Cumulative Investigator Rates, FY 2007-2018. The number of investigators who had been actively seeking NIGMS R01 and R35 support at some point in the indicated fiscal year or in the previous 4 fiscal years (blue circles, dashed line; left axis) increased steadily from FY 2007 to 2014 but has stabilized more recently and slightly decreased in FY 2018. The NIGMS R01 and R35 awardee counts (green squares, solid line; left axis) have increased over the past 5 years, resulting in a higher cumulative investigator rate (gray triangles, dotted line; right axis). The cumulative investigator rate indicates the percentage of the applicants seeking NIGMS funding who have it in the year shown. In this and all subsequent figures, grants associated with the American Recovery and Reinvestment Act of 2009 are not included.

As part of our commitment to maintaining a diverse and vibrant research portfolio, we also emphasize support for early stage investigators (ESIs). As shown in Figure 2, the yearly number of ESIs receiving their first competing NIGMS major research project grant has doubled since 2013. Increases are partly due to the Maximizing Investigators’ Research Award (MIRA) R35 program ESI funding opportunity introduced in 2016. The small drop in the yearly number of ESIs funded in FY 2018 relative to 2017 may be due to a leveling off of the ESI applicant pool as more ESIs received funding. Consistent with this, MIRA (R35) and R01 ESI applicant numbers both decreased in 2018 (not pictured)—a drop that mirrors the lower number of applicants across all career stages in 2018 (Figure 1). Additional information on our R35 trends can be found in our recent Feedback Loop post on MIRA awards.

Considering award rates more traditionally, NIGMS also tracks application success at the grant level, in addition to the investigator level. This metric is reported as the success rate, calculated as the number of applications funded divided by the number of unique project proposals received. Figure 3 depicts the success rate for competing research project grants (RPGs) from FY 2007 to 2018. Overall, the RPG success rate (gray line) follows a pattern similar to the cumulative investigator rate, generally increasing since FY 2013. In FY 2018, the RPG success rate was 29.2%, slightly lower than in FY 2017 (30.7%). This change since 2017 reflects a slight increase in competing applications along with a slight decrease in awards. The increase in applications was largely driven by a new R21 Exploratory Research for Technology Development award. Consistent with this, when only R01s and R35s are considered (Figure 4), success rates were stable in FY 2018 (29.7%), largely due to a decrease in applications.

As mentioned in our previous funding trends posts, we do not use a strict percentile cutoff (“payline”) to make funding decisions. Instead, we take a variety of factors into account, including peer review scores, summary statements, Institute priorities, overall portfolio diversity, and an applicant’s other research support. As a result, a significant number of applications each year are in the “fundable” range, as shown in the funding plots in Figures 6 and 7. In FY 2018, approximately 50% of applications that scored at the 26th percentile were funded (Figure 6). Additionally, a shallower curve in FY 2018 compared with many previous years reflects a wider “fundable” range for applications.

Figure 6. Percentage of Applications Funded Within Each Percentile for Competing NIGMS R01 Applications, FY 2014-2018. Curves are smoothed by averaging application and award counts two points above and below the percentile value shown. The point at which 50% of the applications were funded for FY 2018 (solid gray line) is near the 26th percentile, as compared with the 24th in FY 2017 (dashed orange line) and FY 2016 (dashed green line).

Figure 7 further illustrates scoring and award distributions for FY 2018. Applications were roughly evenly distributed across percentiles, and a wide range of application percentiles were funded. As with last year, a number of well-scoring R01 applications went unfunded, in part due to NIGMS policies on support for research in well-funded laboratories, funding for investigators with substantial unrestricted support, and prioritization for ESI and other at-risk investigators. MIRA awards are not included, but NIGMS carefully monitors this program and communicates our findings through regular Feedback Loop posts.

Overall, outcomes in FY 2018 indicate positive trends in funding more investigators and more awards. We will continue to monitor these trends and other data related to the outcomes of our investments in fundamental biomedical research. 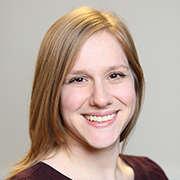