Our Division of Training, Workforce Development, and Diversity (TWD) supports programs at multiple career stages to foster the development of a strong and diverse biomedical research workforce. This post is the first in a series focused on data from NIGMS training programs and is similar to the ones we have done for our research project grant portfolio. Below, we examine trends in NIGMS applications and awards for the Individual Postdoctoral National Research Service Award (NRSA) (F32) and Pathway to Independence Award (K99) programs. NIGMS also supports institutional postdoctoral awards that include the Institutional Research and Academic Career Development Awards (IRACDA) (K12) and NRSA Institutional Postdoctoral Training Grants (T32) focused in clinical areas, and data on these programs were shared previously.

Figure 1 shows the NIGMS F32 competing application submissions, awards, and award success rates. A comparison with NIH-wide data indicates that the NIGMS application numbers generally mirror the pattern of NIH-wide F32 applications and the NIGMS success rates are slightly higher than that of NIH overall. Note the decline in awards between FY 2017 and FY 2018 is a result of applications considered at our September 2017 advisory council meeting. These awards were funded ahead of schedule and therefore are reported in an earlier fiscal year.

Figure 2 illustrates yearly award rates by percentile score and indicates that applications at a percentile lower than 25 were most likely to be awarded. Funding decisions are based on multiple criteria and not exclusively on the application’s percentile, as indicated by the fact that some awards are made for applications into the 40th percentile. Additionally, some applicants with favorable review scores (below the 20th percentile) may have accepted other fellowship opportunities and declined the NIGMS F32 award.

Figure 2. NIGMS F32 Award Rate, FY 2015-2019. Each line represents the fiscal year award rate as a function of percentile and shows that awards at percentiles lower than 25 were most likely to be awarded. Applicants who were offered an NIGMS F32 but declined it to accept another fellowship are counted as not having received an award.

Below, we provide the demographic characteristics of NRSA F32 applicants and awardees by race/ethnicity (Figure 3), gender (Figure 4), and age (Figure 5) over the same 5-year period. The numbers of applications and awards interactively displayed are rounded values and are not actual counts. The numbers were systematically rounded up or down to the nearest 10 (for small values) or 25 (for larger values) relative to the actual number. This representation of the data shows overarching trends while ensuring adequate masking of small sample sizes to protect the applicants’ privacy. In comparing award rates, we performed a Fisher’s exact test using funded and unfunded applications across all groups (excluding “Other” or “Not Reported”) to determine whether the differences in award rates across groups are unlikely due to random chance based on simulated alternative distributions. In some cases, we performed follow-up pairwise comparisons to identify potential drivers of observed overall differences.

F32 Applications, Awards, and Award Rates by Race/Ethnicity and Representation

Figure 4 shows that the gender distribution of applications (30% women, 60% men, 10% not reported) is similar to that of the NIGMS early stage investigator Maximizing Investigators’ Research Awards (ESI MIRA) program (27-30% women, 70-73% men). This indicates that this gender gap is also reflected in the applicant pool of the early postdoctoral fellowship awards. The award rates were 30% for men and 28% for women (p = 0.47). This is in keeping with other studies that have shown that women and men have similar success rates in most award programs.

Figure 4. Percentage of NIGMS F32 Applications, Awards, and Award Rates by Gender, FY 2015-2019. The top graph shows the relative percentage of F32 applications and awards by gender. The bottom graph shows the award rate by gender (p = 0.47). The category “Not Reported” includes individuals who did not provide a gender identity. Rounded application and award counts can be displayed by hovering your cursor over the graph.

Lastly, Figure 5 shows that researchers under age 30 made up almost one-third of applicants and almost 40% of awardees, while researchers between ages 30 and 35 made up almost two-thirds of applicants and awardees, and researchers over 35 made up a small fraction of applicants and awardees. Award rates decreased as age increased, and a comparison of award rates across all three age groups detected statistically significant differences between groups (p < 0.001). As noted in our guidelines for postdoctoral fellowships, NIGMS considers length of time already spent in the sponsor’s laboratory as a factor in making award decisions. Postdoctoral applicants who have been in their sponsor’s laboratory for a long time without a strong justification for the need for this extended period of training are less competitive.

In addition to the demographic characteristics of NRSA F32 applicants and awardees, we also examined geographic representation, specifically by Institutional Development Award (IDeA) and non-IDeA states. States that are eligible for the IDeA program historically have had low levels of NIH funding, and the IDeA program supports centers and networks to strengthen institutional biomedical research capacity and infrastructure in these states. From FY 2015 to FY 2019, fewer than 2% of NRSA F32 applications were from individuals in IDeA states. The award rate was higher for individuals from non-IDeA than IDeA states, though the difference is not statistically significant (p = 0.07). While the F32 program is not part of IDeA, NIGMS is interested in promoting geographic diversity across its portfolio and encourages eligible applicants from IDeA states to apply to all of the Institute’s programs.

As is the case across NIH, the NIGMS K99/R00 program is smaller in overall numbers of applications and awards when compared to the NRSA F32 program (compare Figure 1 and Figure 6). The K99/R00 success rate increased from 16% in FY 2015 to 23% in FY 2018, before dropping to 18% in FY 2019. The total number of competing awards has been stable over the last 3 years at 20 awards, and the changes in success rate have been primarily driven by variation in number of applications.

Figure 7. NIGMS K99 Award Rate, FY 2015-2019. Each line represents the fiscal year award rate as a function of priority score and shows that applications with an overall impact score lower than 20 were most likely to be awarded.

The purpose of this and future data posts is to provide transparency for success rates and demographics of NIGMS’ funded training programs. The demographic data from this post underscore the need to 1.) increase diversity of the F32 and K99/R00 applicant pools, and 2.) take additional steps to ensure equity in the grant application and award decision-making process. We provide a few examples below of how NIGMS is addressing this.

NIH research award rate disparities have been shown to persist over time [PDF] due to a number of factors. One of the initiatives undertaken to address this is the Diversity Program Consortium (DPC), managed by NIGMS. One DPC component is the National Research Mentoring Network, which has developed evidence-informed mentoring, networking, and grant writing workshops for biomedical researchers from diverse backgrounds, such as those from underrepresented groups.

NIGMS supports many initiatives to enhance the diversity of the applicant pool. The Division for Research Capacity Building (DRCB) supports research, faculty development, research training, and research infrastructure improvements in states where levels of NIH research funding have historically been low. NIGMS’ TWD collaborates regularly with DRCB to reach out to individuals conducting research in IDeA states to encourage applications for TWD funding, including the F32 and K99/R00 programs.

The data presented here confirm a trend showing that women’s overall representation in academic biomedical sciences declines between training and independent scientist career stages, including during the postdoctoral research phase, which is then reflected in their lower representation among NIH research grant applicants and awardees compared to men. In addition to our diversity-enhancing programs and supporting research to understand and inform interventions that increase persistence in the biomedical research workforce, NIGMS contributes to the NIH Working Group on Women in Biomedical Careers, which strives to understand the barriers women face in career advancement in biomedical research and identify possible approaches that NIH can take to help overcome those barriers.

NIGMS has a long tradition of supporting diversity-enhancing programs from the community college level to the postdoctoral level; however, we recognize that both NIGMS and our institutional partners can do more to promote diversity in the biomedical workforce, particularly at critical junctures in researchers’ careers such as the postdoctoral and early career phase. NIGMS wants to work with institutions to achieve this goal and has already taken some steps to make additional progress. The mismatch between the increasing proportion of underrepresented biomedical Ph.D. earners and comparable representation among biomedical faculty was one reason that NIGMS recently launched the Maximizing Opportunities for Scientific and Academic Independent Careers (MOSAIC) program. This program aims to facilitate the timely transition of promising researchers from diverse backgrounds from their mentored, postdoctoral research positions to independent, tenure-track or equivalent faculty positions at research-intensive institutions. To date, the MOSAIC program has already received more applications from Black and African American applicants than the total number received in the last 5 years of the NIGMS K99 program. By actively and regularly assessing our training portfolio, NIGMS will ensure that programs such as MOSAIC meet their objectives and make inroads to address this long-standing challenge in the biomedical workforce. 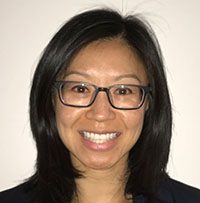 Emerald, was a data scientist in the NIGMS Division of Data Integration, Modeling, and Analytics before moving to the National Institute on Aging in December 2021. 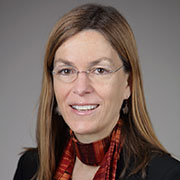